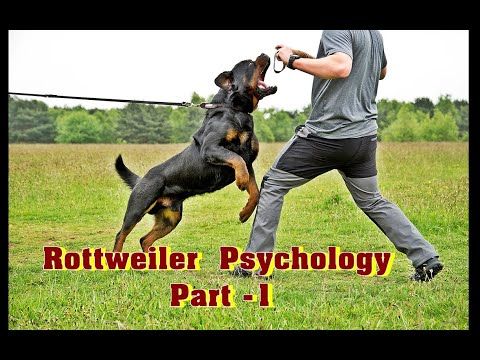 From time to time in the press and also on television appear chilling information about cases of attacks on humans by dogs. German Shepherds, Bull Terriers, Rottweilers, or American Staffordshire Terriers are most often presented in this pejorative version. They are hard dogs, with character, but it is not their characteristic malice and senseless nervous aggression. Such habits can be observed in dogs most often as a consequence of a certain „training”.

The main motive of such actions are undoubtedly deviant needs of people – dog owners. Police chronicles every day and as it seems in many countries record cases of beatings, assaults, mutilations, murders. Information on this subject is routinely given in the form of a statistical list. Whereas attacking, biting by dogs causes sensation, indignation and a campaign against these animals, not against their owners.

Can malicious aggression be associated with a specific breed of dog, or type of animal? I believe not. Therefore, I think that the actions of our legislators, condemning to a kind of banishment of several breeds of dogs including m.in. rottweilers.
Once an Englishwoman told me how jealous of the favor of the child, a small, shaggy, weighing only about 3 kg Yorkshire terrier very threateningly attacked them. Many times I heard about cats attacking sleeping people. In one herd of stallions a horse grabbed the groom by the collar and broke his neck.

Are all these, certainly extremely rare cases of aggressive or malicious behavior of animals towards people supposed to testify to a serious threat to humans from their side? Certainly not.

Most often, however, at the root of a certain type of reaction of animals with which we meet every day is the behavior of man. In short, there are people who with full awareness of the consequences develop in their pets an aggressive reaction to the environment. It’s not so bad when the dog weighs a few kilograms. The situation is different when a dog weighs 50 or 90 kg and has a ton of pressure in its teeth.

Let me use the example of rottweilers. Since I am the author of a monograph on these animals, let me quote a fragment of it. ”. these great gladiators are rottweilers. From beautiful, harmonious bodies emanates a power that guarantees a sense of security and at the same time there is in them stability and peace. Noble moderation characterizes these intelligent, industrious and very devoted to man animals. Since ancient times they were fighting dogs, but it must be remembered that rottweiler is not and should not be „beating machine”. In need it becomes a fearless protector – is a nice pet friendly to people and animals. When deliberately teased, a dog unfriendly to its surroundings becomes dangerous beyond belief. This must be remembered by anyone who wants to have with him a friend and protector and not the terror of the neighborhood. The Rottweiler by its very appearance and firm stance arouses respect without being an enemy of the neighbors”.

The purpose of breeding dogs is to obtain beautiful specimens in terms of exterior appearance, but also correct in their psychological characteristics, which determines the standard of the breed. No breed standard predicts nervous, irrational aggression that threatens the environment. The realization of breeding intentions serves a specific organization of the cynological movement. In our country, the proper development of pedigree dogs is managed by the Kennel Club, which is a member of the supreme European organization FCI (Federation Cynologique Internationale).

The department that deals directly with the breeding of a specific type of dog is the breed section. Work at this level determines to a large extent whether a well-thought-out, consistent breeding policy is pursued, conducive to the good development of the breed, i.e. aiming at obtaining more and more specimens close to the ideal set by the standard, or whether the opposite happens. That is why in my opinion the breed section management must know the herd perfectly, its ancestors and great ancestors.

This knowledge applies as much to the exterior as to the characteristics of the psyche, transmitted advantages and disadvantages. Without this knowledge, the breed section becomes an office, which functions poorly. Successful results of the work of the section depends largely on whether its manager is a man who loves the breed and knows it well in the broad sense of the word. There is a certain social responsibility connected with obtaining more and more beautiful dogs, which would also meet the expectations in terms of their character traits. The coordinator of the breeding policy is the breed club. In Poland, the Rottweiler Club was founded in 1987. There are similar clubs in many countries on different continents. There is also the International Federation of Rottweiler Friends. These forms of organization, with different mutations, take place within individual breeds or groups of breeds.

However, it should be remembered that no best organization can replace the owner of a dog in terms of creating its broadly understood silhouette, developing various habits, behaviors and reactions. Therefore it is important to emphasize the responsibility of a human being for the behavior of his dog. Do not forget that we live in a society, among people with different tastes and different reactions. You should not terrorize the environment with our hobby.

Some people like scorpions, others like boa snakes, and still others like dogs. Let everyone live according to their tastes and respect this uncommonness, it is a departure from a certain template. But for their part, they should not forget about the other members of the society either.

Dog lovers, including Rottweilers, should know and remember an anecdote from the collection of Horace Safrin.
Two rabbis run away from a dog.
– Why we run away – asks one of them – since the Talmud says that dogs do not bite learned men?
– You’re right – answers the second one – but do dogs read the Talmud?
And this is something dog owners must not forget..