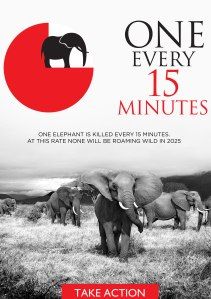 Hundreds of needy animals receive food, blankets and accessories, and dozens of them a new home. We are talking about the action Kochaj Zwierzaka, cyclical event, which permanently entered in the calendar of the most important actions for animals in Warsaw.

The first edition was held on September 13 and 14, 2014. b) the event was held on Wilanów Beach and was a huge success, allowing to collect a lot of food (before winter) and to lead to the adoption of animals abandoned during vacations.

„It is amazing to be able to support animals by finding them warm, loving, new homes." – says one of the girls supporting the action „Wilanów Loves Animals"

This year’s action will take place on September 12 and 13 at the Wilanów Beach, near the dog playground. There will be a collection of dog and cat food, blankets, pillows and other accessories. There will also be a cat and dog adoption event at the venue. Animals come from the Cat Asylum – St. Lazarus Shelter. Francis and the Asylum Foundation "Under the Dog Angel".

„Wilanów Loves Animals" is organized by the participants of the third edition of the Debutantes program. The action is supported by: Wilanów District Office m. st. The collection of dog and cat food, blankets, pillows and other accessories. Queen Mary Kazimiera Foundation, Wilanow Academy Association and Wilanów Cultural Centre. The partners of the action are : St. Jude Foundation. A collection of dog and cat food will be held at the St. Francis Cathedral, Under Dog Angel Asylum Foundation, Aerografu Gałka Design Studio, Miasteczko Dzieci.

In the WILANOW KOCHA ZWIERZAKA project, the Debutantes want to breathe as much life as possible into the project and involve lots of fantastic companies, thanks to which it will be possible to help even more quadrupeds so dependent on us.

To find out more about the action LOVE ANIMAL and the project DEBIUTANTKI please visit the websites: