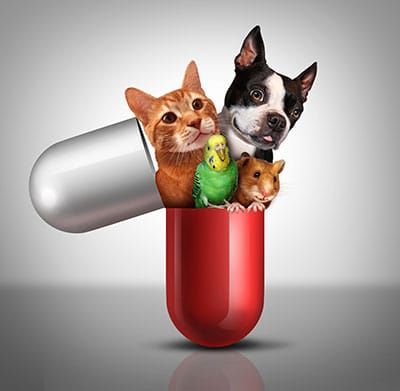 Can you give your dog paracetamol? Debunk a myth!

Giving a dog medication meant for humans is one of the most common and dangerous mistakes owners make. No medications that are safe for humans are designed for animals, including dogs and cats. You can do your pet great harm by administering them. So if you are wondering, can you give your dog paracetamol or ibuprofen, then read this article and learn the consequences of this mistake.

Non-steroidal anti-inflammatory drugs – absolutely not for a dog

When a dog howls, refuses to be touched, whines and hides in corners, it's probably suffering from something. Something accompanied by pain. The natural reaction of the owner is to look for a way to relieve the pet. Meanwhile, it is the weekend, the vet is not working and the dog seems to be in more and more pain. Can you then give him paracetamol or ibuprofen? Not!

Both drugs are classified as non-steroidal anti-inflammatory drugs. They are designed to affect the enzyme that produces the substance responsible for inflammation and pain. NSAIDs are effective in humans but cannot be used in animals. Why?

Because the substances contained in such drugs destroy the protective barrier of the stomach and duodenum of dogs and cats. It can cause erosions and ulcers – Sometimes one dose of medication is enough.

Paracetamol is particularly dangerous for cats. This drug has a toxic effect on the cat's body and can even lead to the death of the animal. In the case of a dog, the results need not be tragic, but this does not mean that you can experiment with paracetamol.

Symptoms of paracetamol or ibuprofen poisoning

However, if the owner gives the dog one of the pain medications, the owner should watch the dog's reaction at all times. Something bad does not always have to happen. Often, however, the dog's body makes it clear that it does not accept such remedies.

The first worrying symptom is usually vomiting. There is a lack of appetite, abdominal pain, sometimes diarrhea (blood may appear in the stool). These symptoms usually pass quickly, but if the dose of the drug was high, the poisoning may progress. At that time, the dog will develop anorexia, general apathy, regular bloody diarrhea, uncontrollable urination. There may be convulsions, thirst, stupor, the animal may also fall into a coma.

Overdose of painkillers usually leads to the death of the dog.

Giving your dog pain medication meant for humans is very irresponsible. If an animal is suffering one should seek a vet as soon as possible. There are 24-hour clinics in every city, on duty on weekends or by telephone.