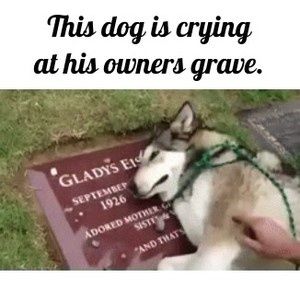 Stories: Froggy – a dog with sad past

I entered the box and she rushed towards me in a mad rush, grinning viciously and growling menacingly like an angry lioness. It occupies the entire room, everyone, both people and dogs, are afraid to enter it, it seems that at any moment, if not to the throat, then at least to the legs and tears to pieces. It would be appropriate to call the thing by its name, it is an aggressive dog. The fact would not be anything surprising if not for the physiognomy of this dog, which seems to be a wild beast. Froggy is a little puppy the size of a ratlatch, moving on short dachshund-like legs.

It is unknown what happened to her in her dog’s life. You can guess, however, that she did not have a fate strewn with roses. Her fierce aggression is not due to an innate dislike of humans. Froggy bares her small but sharp fangs in fear. She associates a man with something bad, something to be afraid of. Apparently she had not experienced much love from people.

I decided to take a risk, I took Froggy in my arms, she showed me her white teeth ominously, up to the gums, there was no end to the growls and barks. I was just waiting for the sharp teeth to dig into my fingers, but after a few moments the frightened dog froze motionless. I could feel her heart beating like a huge hammer and her whole body trembling as if in a deadly lethargy. She was terrified, her big eyes got even bigger. She stared at me and waited, watching my every move. She felt like a loser, she didn’t know what could happen, but she was probably prepared for the worst. I could do anything with her – all or something monstrous. So she curled up and waited for movement – human torturer’s gesture.

The next day I took her in my arms again, she didn’t growl but fear still paralyzed her movements. In her tiny head she could not believe that a human being could be associated with something pleasant and good. She cringes every time a hand is raised, as if it means a painful blow. What this poor dog must have gone through, we will never know. I think that even if she were able to speak, she would still not be able to tell her abuser her name. This is how dogs are – loyal and faithful to the end. They repay with love even for the most horrible harm and evil. They can’t do otherwise, a dog can’t take revenge or hate. She can only love boundlessly and selflessly. He can also suffer in his eternal silence.