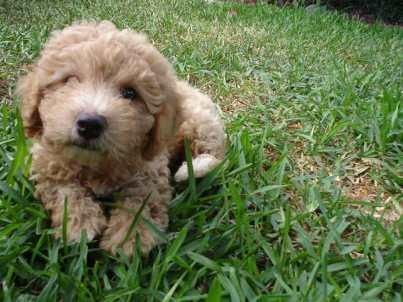 A voracious poodle – miniature – dog and the law

In cynology there are various forms of cooperation, co-operation, initiatives to improve breeding. There are so-called sub-breeding, co-ownership, lending dogs. It means that a dog owned by a certain person is permanently, or for some time, in the hands of another breeder. In the background of all this is and must be money. They are most often the cause of various emotions and misunderstandings between breeders.

Mrs. Ela had a white miniature poodle which, for good reason, ended up in Mrs. Wanda's house. Unlucky that it was necessary to hospitalize the latter. This is a perennial problem, especially for single people who own dogs. In the cynological environment, the care of left dogs is usually taken by other enthusiasts and experts of the breed.
In this case, the poodle came home to Mrs. Ela. The assessment of his broadly understood condition came out negative. After some time, Mrs. Wanda returned from the hospital and awaited the return of her dog, to which she had become attached. And that's where the problems began. There was a refusal, as the appearance, health, taking care of the dog – were critically appraised by Ms. Ela, who knows the breed very well. In this situation, a dispute arose, the epilogue of which was played out in court.

Since the poodle will not come back – I ask you to cover his living expenses for a two-year stay in my home.

Ms. Wanda's attorney clarified his client's expectations. Respected lawyer knew paragraphs but completely did not move in „cynological matter” and the lawsuit contained some unlikely, somewhat humorous expectations. The court was faced with a dilemma – what to do with it?

The case file was a hefty one, containing various bills, affidavits, information. The crucial element was the poodle menu and the costs connected with it. The quality of food was excellent and the amount of food eaten daily…was almost beyond the weight of the consumer!

In short, according to the information in the case file, the poodle ate like a dog and drank a lot…and quite strangely, ok. with a liter of milk a day. An expert cynologist was appointed. This one's a thoughtful one – what to do? The court wanted to know how much the poodle ate in two years and what the overall maintenance costs might have been?
Undoubtedly, the expert had a troublesome task …because who forbids to feed a dog for example. a tenderloin, not to mention the amount of? And that amount of milk? It is said that ostriches are famous for their extremely durable stomachs. But a poodle is not an ostrich!

Although small dogs have large energy losses, but nevertheless their consumer needs have their limits. What does the court do „dog expert”? I completely ignore the details shown in the case file, as well as the presented costs of feeding the dog – as unreliable. Proposes to the court as follows.
He takes a bag of dog feed from one of the best companies.
Cut out a daily feeding formula designed for dogs of a certain weight. Such a study is the result of laboratories, entire research institutes. The subjective emphasis of the information is minimized. Balanced, good dry feed is not cheap. The costs of feeding a poodle calculated in this way turned out to be much lower than those presented by the claimant, and at the same time sufficient to maintain the dog well.